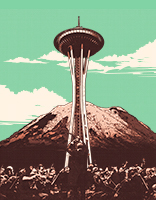 Brandi Carlile with the Seattle Symphony: Right Now Is At The Speed Of Light

PLUS: special guest The Secret Sisters

Three-time Grammy®-winning singer-songwriter Brandi Carlile returns for three highly-anticipated concerts with her hometown Seattle Symphony. The shows will include many fan favorites as well as new material. Brandi is currently in the midst of a landmark year following the release of her Grammy®-winning album, By The Way, I Forgive You. Her 2010 performances with the Seattle Symphony were recorded and released by Columbia Records as an album titled Live At Benaroya Hall With The Seattle Symphony and featured a set list of original material including “The Story” and “Turpentine" as well as her rendition of classics "Hallelujah" and "The Sound of Silence."

Note: all tickets include a $1 fee for Brandi Carlile's Looking Out Foundation and a $5 facility fee for the preservation of Benaroya Hall. Join us for this exciting performance bursting with girl power! We all know Bach, Beethoven and Brahms. Let’s hear it for Boulanger, Beach and Price! Hear the incredible music of women composers and stories of strong women throughout history.

Family Concerts are designed for ages 6 to 12. Extend your experience! Join us in the Samuel & Althea Stroum Grand Lobby one hour before the show for pre-concert activities featuring crafts and instrument exploration.

Open Captioning is available for this performance. Please call the box office at 206.215.4747 to secure your location.

The Sea and Sinbad's Ship from Scheherazade, Op. 35

Tempo moderato from Violin Concerto No. 2

“Of a Spring Morning”

The Young Prince and the Princess from Scheherazade, Op. 35 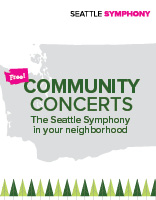 Join the Seattle Symphony for a FREE community concert at the Renton IKEA Performing Arts Center in Renton.

6:15pm Pre-concert performance by students of the Key to Change studio.

RSVP encouraged, but not required. 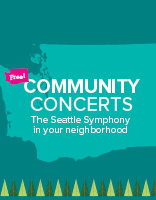 Join the Seattle Symphony for a FREE community concert at Seattle City Hall.

RSVP encouraged, but not required. 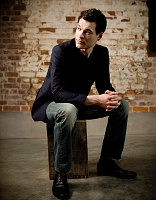 Composer, conductor and pianist Ryan Wigglesworth joins fellow pianist Marc-André Hamelin for a four-handed fugue and a romp through the showpiece that Mozart played with his equally gifted sister, Maria Anna Mozart. Wigglesworth also presents the first American performance of his Mozart Variations for piano and orchestra. With boundaries blurred between composer and performer, this program rekindles the spirit of that golden age when Mozart was the toast of the town.