Update for 11/19: With respect to current statewide restrictions for Washington State and in solidarity with the Seattle community as coronavirus cases rise, the Seattle Symphony has made the decision to pause live performances from Benaroya Hall for the next few weeks. December 4 and December 11 live broadcasts are affected, and all Seattle Symphony Live users will be notified.

Keep the music playing: support the Seattle Symphony Future Fund. The unprecedented coronavirus pandemic has serious ramifications for the future of symphonic music in Seattle. Philanthropic support is essential to ensuring a bright future for your Seattle Symphony when our doors at Benaroya Hall open once more. Learn more and make your gift today! 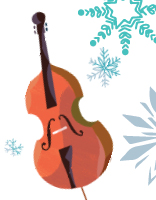 Tiny Clips for Tiny Tots, modeled after the Symphony's Tiny Tots concert series, offers short performances full of fun and discovery for the young and young at heart. For this festive December program, host and Seattle Symphony Horn John Turman introduces young viewers to the instruments of the string family. A string quartet of Seattle Symphony musicians creates a magical winter wonderland through classic sing-a-longs and your favorite holiday music. These virtual, interactive and fun concerts are approximately 18 minutes. 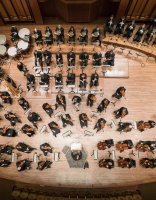 Disney in Concert: Tim Burton’s The Nightmare Before Christmas

The Seattle Symphony has made the difficult decision to cancel the December 4–6 performances of Disney in Concert: Tim Burton's The Nightmare Before Christmas. In-person concerts with a live audience continue to be suspended until King County is safely in Phase 4 of the state’s reopening plan. All ticket holders will be notified. 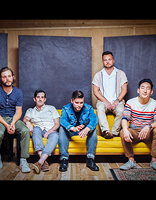 Ivan & Alyosha with the Seattle Symphony

Seattle-based indie rock band Ivan & Alyosha, also known as I&A, join forces with the Seattle Symphony for one night only! I&A is led by vocalist Tim Wilson, his songwriting partners Ryan Carbary (guitar) and Pete Wilson (bass), as well as guitarist Tim Kim and drummer Cole Mauro. Known for their sweet, Beatles-esque pop harmonies and jangly guitar licks, this five-piece group has toured with everyone from Aimee Mann to Brandi Carlile. Now, with a decade of touring and recording under their belts, Ivan & Alyosha continue to hone their creative voice, unafraid to let their sound evolve while staying true to their folk-pop roots. This live broadcast is presented as part of The Essential Series, the Symphony's new cross-genre collaboration featuring diverse voices in the Pacific Northwest.

Tickets are $20 and can be purchased directly from the Seattle Symphony Live platform.

Holiday Pops with the Seattle Symphony

Join conductor Stuart Chafetz and Broadway star N’Kenge for this dazzling program full of holiday favorites, traditional carols and plenty of yuletide cheer. All of the heartwarming sounds of the season await you at this lighthearted and joyful concert. 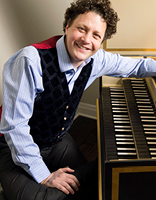 Celebrate the holidays with acclaimed harpsichordist Jory Vinikour and the masters of the Baroque. Wilhelm Friedemann Bach’s sprightly Harpsichord Concerto continues the musical language of his father, Johann Sebastian Bach, which is exemplified in the elder Bach’s Brandenburg Concerto No. 5.