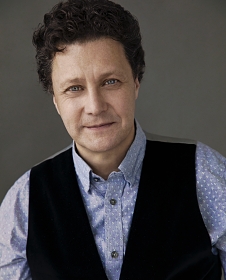 If it's true, and it probably is, that the best conductors are the ones who learn their business from the inside — playing with an orchestra, accompanying voices, actually making music  — then the harpsichordist-turned-conductor Jory Vinikour is a prime example.Twice nominated for a Grammy as a harpsichord soloist and internationally known for concerto appearances with leading orchestras as well as concert partnerships with leading singers, Mr. Vinikour spent more than twenty years playing continuo for opera bands in Paris, Zurich, Salzburg, and Aix. After that, directing from the keyboard was a natural progression.

Mr. Vinikour studied conducting in New York with the great Russian pedagogue Vladimir Kin, and launched his new career in 2016 with Handel's Agrippina for West Edge Opera, Berkeley - swiftly followed by Purcell's Fairy Queen for Chicago Opera Theater and a double-bill of Venus and Adonis/Dido and Aeneas for Milwaukee’s Florentine Opera.

He returns to Milwaukee in 2019 for L'Incoronazione di Poppea. And the same year he conducts Bastien und Bastienne/Der Schauspieldirektor in the Mozartwoche, Salzburg, at the invitation of Rolando Villazon with whom he has worked as an accompanist for some ten years.

Outside opera Mr Vinikour has directed performances with the Los Angeles Chamber Orchestra, Musica Angelica, Camerata Bariloche in Buenos Aires, and concerts in his own Great Lakes Baroque music series. There has been a Pergolesi Stabat Mater for French TV, and a European tour with David Daniels and Le Point du Jour, playing the Concertgebouw, London Barbican and Berlin Philharmonie.

Born in Chicago, Mr Vinikour studied on a Fulbright scholarship in Paris and won First Prize in the 1993 Warsaw International Harpsichord Competition. His career as a soloist has involved collaborations with the Bergen, Rotterdam and Hong Kong Philharmonics, the Suisse Romande Orchestra, the Netherlands, Moscow and Los Angeles Chamber Orchestras, and most recently (in a performance of Poulenc's Concert Champetre) the Cleveland Orchestra. As an accompanist he performs with the likes of Magdalena Kozena, Anne Sofie von Otter and Dorothea Roschmann. And his work in the recording studio has received Grammy nominations for his CDs of Rameau (2013) and modern American keyboard repertoire (2015) as well as an American Record Guide 'finest on disc' for his Handel harpsichord suites. His Goldberg Variations release for Delos was ranked by the Chicago Tribune among its top ten classical CDs of the year.