SEATTLE SYMPHONY PRESENTS SONIC EVOLUTION: THIS IS INDIE! ON MAY 13

Seattle, WA—The Seattle Symphony is pleased to partner with Seattle International Film Festival for Sonic Evolution: This is Indie! on Friday, May 13 at Benaroya Hall. Now in its fifth year, Sonic Evolution serves as a bridge for the Symphony to engage with Seattle’s creative community through innovative concert programs that celebrate the past, present and future of the city’s musical legacy.

Highlights of the concert include the Seattle Symphony, pianist Tomoko Mukaiyama, and conductor Pablo Rus Broseta in the world premiere performance of Michael Gordon's The Unchanging Sea, performed simultaneously with the premiere screening of a new film under the same name by Bill Morrison. Co-commissioned by the Rotterdam Philharmonic Orchestra and co-presented with the Seattle International Film Festival, this is Gordon and Morrison's fourteenth collaboration and fifth work for orchestra over the course of nearly two decades.

Morrison, who uses archival or found footage that is often partially decaying, says, “There is a great majesty in Michael’s work. It is enormously forceful. And while it is unmistakably contemporary music, there is a timeless quality to it. It perseveres. I believe that this quality may relate to, and enhance, the old decaying footage I employ.” After Gordon had completed the score, Morrison used the 1912 film by D.W. Griffith, The Unchanging Sea, as the idea around which to build the rest of his film.  “I looked for other footage that had a similar theme—or could be grouped together with this film—of people embarking on trips out to sea."

Gordon adds, “When we started talking about this piece, Bill showed me the D.W. Griffith film. It is a story that captures a long relationship human beings have had with the sea. Regardless of how the oceans have changed over millions of years, our relationship to the sea has very much remained the same—this big, turbulent, dangerous, mysterious body of water. I tried to make an environment that is very ocean-like, transferring the sound of the waves and the rhythm of the waves to the piano and to the rest of the orchestra—slowly rolling, slowly increasing; the winds come in, the brass comes in, then the strings, and the whole orchestra builds up, but always in waves, always swelling and dying away. At times I try to build up to a very turbulent, massive sound, and at times get a certain serenity and peacefulness, but still swelling, still the waves coming in and going out.”

The evening also features the world premiere performance of Love Letter for Arca by composer, performer and New Amsterdam Records co-founder and co-artistic director William Brittelle. Performed by the Seattle Symphony and synth soloist Lorna Dune, the electro-acoustic orchestral piece is an homage to Alejandro Ghersi, AKA Arca, a Venezuelan record producer, consultant, mixing engineer and DJ known for his work with Kanye West (“Yeezus”) and Bjork (“Vulnicura”).

“At first listen I immediately felt a deep kinship with Arca's music; his use of dynamic contrast of extremes fluidly connected -- ugly and beautiful, frightening and timid, noise and melody -- all co-existing in some kind of futuristic (but very human) soundscape," explains Brittelle. Love Letter for Arca comprises three short movements. Each movement features a few basic emotive melodic or rhythmic ideas that are developed and dissected - not dissimilar to traditional sonata-allegro form. However, in this piece, these recognizable fragments are juxtaposed against an onslaught of contrasting ideas, resulting in music that features a collage-based texture. The piece features a prominent synthesizer part that switches sounds quickly throughout, and two electronic sample pads in the percussion section that trigger additional electronic sounds. All of the music will be performed live; there will be no pre-recorded material. “Love Letter for Arca” was composed in large part in Joshua Tree, California, as part of the Harrison House Music, Arts, & Ecology Residency Program. 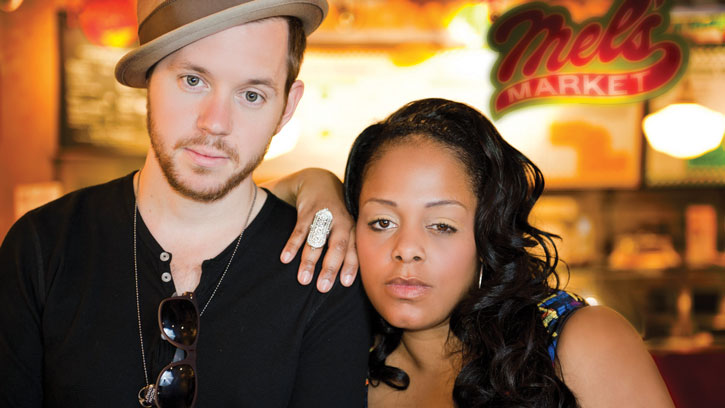 The second half of the concert features Seattle artists Fly Moon Royalty performing their unique mix of blues, hip-hop and electronica with orchestra backdrops rearranged by Elliot Cole, William Brittelle and Ryan Brown. Watch a video of Fly Moon Royalty discussing this performance.

Sonic Evolution 2 is presented as part of the Seattle Symphony’s New Music WORKS initiative, which is supported in part by a grant from the National Endowment for the Arts. New Music WORKS features commissions, concerts and educational activities that use composition as a catalyst for collaboration and engagement in music.

Founded in 1976, SIFF creates experiences that bring people together to discover extraordinary films from around the world with the Seattle International Film Festival, SIFF Cinema, and SIFF Education. Recognized as one of the top film festivals in North America, the Seattle International Film Festival is the largest, most highly attended film festival in the United States, reaching more than 150,000 annually. The 25-day festival is renowned for its wide-ranging and eclectic programming, presenting over 450 features, short films, and documentaries from over 80 countries each year. SIFF Cinema exhibits premiere theatrical engagements, repertory, classic, and revival film showings 365 days a year on five screens at the SIFF Cinema Uptown, SIFF Cinema Egyptian, and SIFF Film Center, reaching more than 175,000 attendees annually. SIFF Education offers educational programs for all audiences serving more than 13,000 students and youth in the community with free programs each year.

The Seattle Symphony is one of America's leading symphony orchestras and is internationally acclaimed for its innovative programming and extensive recording history. Under the leadership of Music Director Ludovic Morlot since September 2011, the Symphony is heard from September through July by more than 500,000 people through live performances and radio broadcasts. It performs in one of the finest modern concert halls in the world — the acoustically superb Benaroya Hall — in downtown Seattle. Its extensive education and community engagement programs reach over 65,000 children and adults each year. The Seattle Symphony has a deep commitment to new music, commissioning many works by living composers each season. The orchestra has made nearly 150 recordings and has received two Grammy Awards, 21 Grammy nominations, two Emmy Awards and numerous other accolades. In 2014 the Symphony launched its in-house recording label, Seattle Symphony Media.