Crnko regularly conducts orchestral and choral recording sessions for movie and video game soundtracks. Among his many projects are the films The Last Stand, Let Me In, Boondock Saints, The Celestine Prophecy, and such video games as Halo, Medal of Honor and World of Warcraft.

Crnko has served as Music Director for Civic Light Opera in Seattle and for productions with Alaska Light Opera Theatre, Evergreen Theatre Conservatory, Seattle Children’s Theatre and the Professional Actors Training Program at the University of Washington.

Crnko holds a Bachelor’s Degree in Percussion Performance from CSU Sacramento, and a Master’s Degree in Instrumental Conducting from the University of Washington, where he studied with conductor Michel Singher. Crnko lives in Seattle with his wife, Wendee, and their two children, Katharine and Nick.

We are looking for talented singers!

2020 audition dates will be posted here!

Check out what we are singing!

Behind the Scenes with the Seattle Symphony Chorale 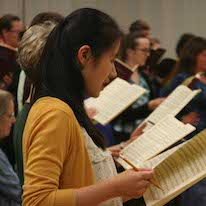 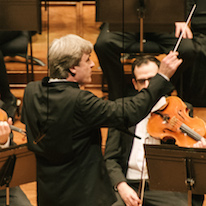