An Evening with Audra McDonald and the Seattle Symphony

Six-time Tony Award winner Audra McDonald brings her unparalleled power, artistry and passion to the Benaroya Hall stage for an evening of classics from Broadway and the American Songbook. A Juilliard-trained soprano with a gift for storytelling, McDonald is as much at home on Broadway and opera stages as she is in film and television roles. Her notable Broadway credits include Ragtime, The Gershwins’ Porgy and Bess, Carousel and, in her latest Tony-winning role, Lady Day at Emerson’s Bar and Grill where she portrayed jazz icon Billie Holiday.

Leading Broadway music director and conductor, Andy Einhorn, directs concerts this year with the Baltimore, St. Louis, Santa Barbara and South Dakota Symphony Orchestras. At Aspen Music Festival, Einhorn led performances of Sondheim's A Little Night Music and a concert performance of South Pacific and returns in 2020 to lead Steinbeck's The Grapes of Wrath, music by Ricky Ian Gordon. Einhorn recently returned to Blossom Music Festival to lead The Cleveland Orchestra in a concert performance of South Pacific. Most recently he served as the Music Supervisor and Musical Director for the Broadway productions of Carousel and Hello Dolly! Einhorn’s previous Broadway credits include Holiday Inn, Woody Allen’s Bullets Over Broadway, Rodgers + Hammerstein’s Cinderella, Evita, Brief Encounter, The Light in the Piazza, and Sondheim on Sondheim. 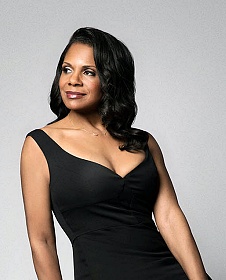 Audra McDonald is unparalleled in the breadth and versatility of her artistry, as both a singer and an actor. The winner of a record-breaking six Tony Awards, two Grammy Awards, and an Emmy Award, she was named one of Time magazine’s 100 most influential people of 2015 and received a 2015 National Medal of Arts—America’s highest honor for achievement in the arts—from President Barack Obama. Blessed with a luminous soprano and an incomparable gift for dramatic truth-telling, she is as much at home on Broadway and opera stages as she is in roles on film and television. In addition to her theatrical work, she maintains a major career as a concert and recording artist, regularly appearing on the great stages of the world.