Lights. Camera. Action. Troupe Vertigo returns to the Benaroya Hall stage with a program straight out of Hollywood! Aerial flyers, acrobats, contortionists and strongmen will dazzle audiences with gravity-defying feats as the Seattle Symphony brings Hollywood's movie soundtracks to life in the concert hall.

Ron Remke can currently be seen in "BAZ-Star Crossed Love" in Las Vegas at the Palazzo Theater. He was also in the closing cast one of the longest running shows in Las Vegas, “Donn Arden’s Jubilee!” and was a soloist with the renowned “12 Irish Tenors".  He is a frequent Guest Artist with symphonies throughout North America and is also a sought after performer on the high seas having visited over 70 countries while performing on board the Silver Spirit and the Regent Voyager as their production singer.  He has appeared in numerous regional productions and toured the US with “Kiss Me, Kate”.  He is the voice of "Juan" in Sonia Monzano's No Dog Allowed! and his debut CD entitled Broadway Classics is available on iTunes. 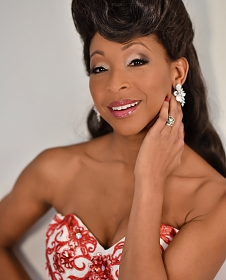 N’Kenge’s an artist who’s destined to make a serious impact on several musical fronts. From operatic to spiritual, from pop to musical theater, from jazz to blues; tender or intense, N’Kenge’s performances are consistent in her technical excellence. Her musical repertoire covers 11 languages and her power and control are uncanny. This Broadway darling was recently seen on TV this year as a presenter at the 58th Annual NY Emmy Awards. The New York Post called her “electrifying” in the role of Mary Wells that she originated in the Broadway smash hit Motown: The Musical. N'Kenge made her Broadway debut in Sondheim on Sondheim singing alongside Vanessa Williams, Barbara Cook, Tom Wopat and Norm Lewis.

Vocalpoint! Seattle is a distinguished group of young adults who bring together the best in ensemble vocal performance.