One of the most captivating artists of his generation, American pianist Eric Lu makes his Seattle Symphony debut with Mozart’s sparkling Piano Concerto No. 20. Just last month, Lu was named as a 2021 recipient of the esteemed Avery Fisher Career Grant. This joyful concerto pairs with Schubert’s famed and mysterious “Unfinished” Symphony on the Benaroya Hall stage under the baton of guest conductor David Danzmayr.

Danzmayr is Chief Conductor of the Zagreb Philharmonic Orchestra, the first to hold this title in seven years. As leader of this orchestra he is following in the footsteps of famous conductors like Lovro von Matacic, Kazushi Ono and Dmitri Kitajenko. Performing regularly to sold out audiences in Zagreb´s Lisinski Hall and having been awarded the Zagreb City Award, Danzmayr and his orchestra also already toured to the Salzburger Festspielhaus, where they received standing ovations performing the prestigious New Year’s concert and to the Wiener Musikverein. In addition David is Music Director of the ProMusica Chamber Orchestra, an orchestra comprised of musicians from all over the USA. 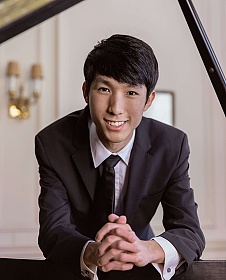