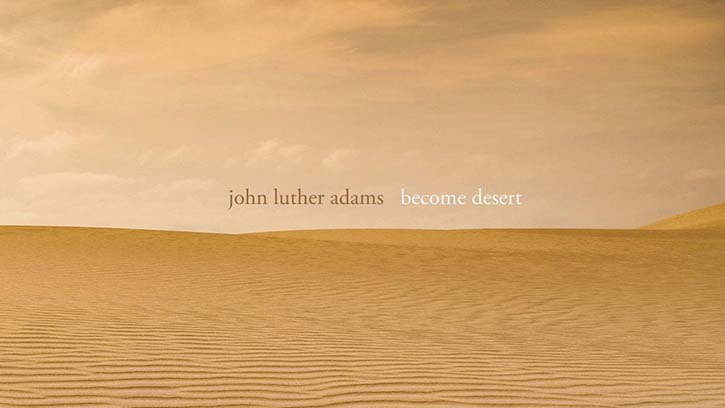 Whether you missed the concerts in Seattle, or just want to relive the night, now you can listen to the studio recording.

Become Desert is the much-anticipated sequel to Adams’ Pulitzer-winning Become Ocean, and a major milestone in the creative partnership between the composer and the Seattle Symphony with Ludovic Morlot.

For Adams, who has been called “one of the most original musical thinkers of the new century” by The New Yorker’s Alex Ross, the 40-minute work completes a trilogy he hadn’t intended to write, and yet it emerges as one of his most expansive and consciousness-raising musical statements to date.

In 2010, Adams created musical streams both aurally and visually with Become River. He followed with Become Ocean (2013), which divides the orchestra into three parts to create a vast sense of undulating space and rhythm. The 2014 recording by Morlot and the Seattle Symphony debuted atop the Billboard Traditional Classical Chart, and won a Grammy Award for Best Contemporary Classical Composition.

With Become Desert, space is once again a fundamental compositional element, but on a larger scale, with five different ensembles moving at five different tempos. The work features a large orchestra and choir that are deployed as five ensembles that surround the audience.

In his 2018 essay for The New York Times, Adams prepares listeners with a map, of sorts, to help find the state of “swimming in light” that he seeks to convey with the music. Along the way, “you begin to feel that this music you had thought was suspended in time is slowly leading you somewhere, pulling you somewhere. It continues upward, rising with inevitable force, like the wind or the light.”

Become Desert is available now from all major streaming services and online retailers.