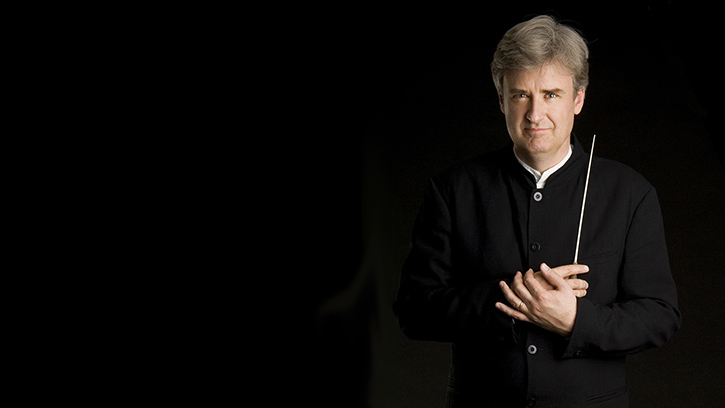 What influenced some of the most wonderful music that we know and love?

Where does music come from? What influenced some of the most wonderful music that we know and love? How can we as musicians and music-lovers get closer to the mystery of what makes the composer’s pen move? Are there possible sources of inspiration that audiences in the past would have picked up on — cross-references which we might be less aware of today?

These are some of the big questions that we’ll be trying to give answers to in some of our concerts this season and again next season. We can call these concerts “roots” as we dig to discover possible roots of inspiration, hoping to perform and listen to our repertoire in new ways.

In the first “roots” concert on March 30, 31 and April 1 we perform two beloved masterworks by Rachmaninov: his First Piano Concerto and his Second Symphony. Our soloist will be Alexander Melnikov, who performed this concerto for the first time at the age of 12!

I am fascinated with an undercurrent to much of Rachmaninov’s music: the singing in the style of Gregorian chant that he would have heard as a child in the Russian Orthodox Church. Characteristic of this music — and later Rachmaninov’s — are the melismatic melodic movements (long-spun and step-wise), a modal harmonic language and resonant low voices. Rachmaninov also held a fascination of the medieval Latin Dies Irae motif as well as the sound of chiming or bell ringing, both present in several of his works.

So for all its bursting passion and dazzling virtuosity, there is a spiritual side embedded in Rachmaninov’s musical language. To open our ears to these roots in his music we have invited specialists Cappella Romana led by Alexander Lingus to sing Russian Liturgical Music for us in the concert, excitingly making us aware of what could have been in Rachmaninov’s ears!

Last season when the Seattle Symphony and I performed a symphony by my fellow-countryman, Carl Nielsen, I was bowled over by the connection between his music and the fantastic musicians in the orchestra — they owned it!

We quickly rearranged our second program this season on June 8–10 to include another favorite symphony by Nielsen, his Third, called Sinfonia Espansiva — because of its expansive opening movement, explosive in its vitality. Unusually, two singers join the orchestra for the lyrical ending to the second movement, where they soar above the orchestra in wordless melismas (like Rachmaninov!) as a kind of Adam-and-Eve-like trance.

To open the program, we give the American premiere of one of this season’s most successful works in the series of commissions by me and the BBC Scottish Symphony Orchestra, called Scottish Inspirations: Helen Grime’s Snow, inspired by the atmospheric painting by Joan Eardley of a snowclad landscape in a remote part of the Scottish East coast.

It is also a joy to welcome back one of the most interesting violinists who joined us in the Sibelius Festival some seasons back, Pekka Kuusisto, performing the sublime Violin Concerto by Mendelssohn — incidentally the first work Pekka and I performed together 19 years ago.

On June 15 and 17 we perform Richard Strauss’ final tone poem, the Alpine Symphony with a different take on its “roots.” A life’s journey expressed through the symbolism of a hike up and down a mountain, and felt through the hiker’s emotional response in the music.

But why the Alps?

The symphony is full of natural imagery perhaps of more or less any mountain, but where have the sounds of the local alpine traditions gone in this work? The sounds of the people who live there at the mercy of the Alps
is strikingly missing.

At our concerts we are going to change that! We will fill the hall with sounds from this southern part of Germany where Strauss ended up living, and where the Alps have mythical presence. And perhaps getting a feeling for why the Alps with its folklore of life-affirming vitality was the ultimate setting for Strauss’ ambitious symphonic life journey.

Recently I performed Strauss’ Salome with an exceptional singer, so completely at one with the role as Salome and with Strauss’ particular mix of large-scale drama and Lieder-like intimacy. I
am very happy in these concerts to introduce her — Gun-Brit Barkmin — in her Seattle Symphony debut. She will sing with us Strauss’ Four Last Songs — a glowing farewell from the very end of Strauss’ own life’s journey.

I am looking forward to being back in Seattle to explore the “roots” of Rachmaninov and Strauss, as well as performing music from my country in three exciting programs in the company of great soloists, a great orchestra — and a great audience!

Thomas Dausgaard has been the Seattle Symphony’s Principal Guest Conductor since the 2014–2015 season. You can purchase tickets for these performances online or by calling the box office at 206.215.4747