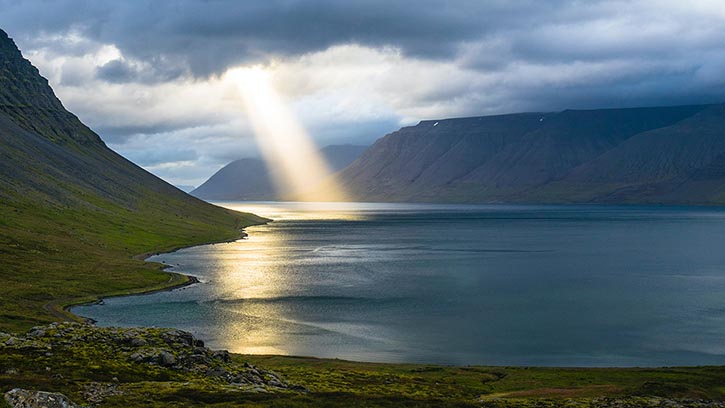 Photo by Stefan Kunze on Unsplash

Happy Earth Day! For me, nature and music are closely intertwined. In Seattle, I love the way nature interacts with the city. You are never far from the water — and that means space, where you can feel the elements and the changes of light. Our surroundings greatly shape the way in which we see the world, and below you’ll find some of my favorite works from my Nordic heritage. It is my hope that this Nordic-inspired playlist shares a part of my world with you as we celebrate Earth today.

Yours in music,
Thomas Dausgaard

Watching from the Acropolis in Athens, Nielsen describes the work like: “Stillness and darkness — then the sun rises to joyous songs of praise — wanders its golden way — quietly sinks in the sea.”

The Seattle Symphony and I performed this magical work last year in the foyer of Benaroya Hall. Abrahamsen tells me that the first movement, Canon 1a (“Ruhig aber beweglich”), should sound “like ice.”

Another selection from our performances at Benaroya Hall, Abrahamsen indicates this work should be played “funny, but not too funny; with a little melancholy.”

Sibelius likened the organic unfolding of his music to the way a tree sets branches, and branches sets leaves. Nowhere more so than in the compact first movement of his Symphony No. 7, full of elemental power. After the introduction, a quiet hymn unfolds like the voice of God (trombone solo), gradually dancing into the second movement… slowing down into voice of God (third movement), then gradually accelerating... slowing down into voice of God (fourth movement), then the final climax, the last chord painfully slowly releasing into the darkest C major — and then silence.

Poul wrote this work in memory of Sibelius, as if it was his music frozen in slow motion — like tundra, “the quintessence of the far North” as Ruders masterfully puts it in music.

A beautiful work for a cappella choir. Here’s a translation of Stenhammar’s lyrics are below:

Sørensen writes “One gray and rainy spring day in 1992, I found myself in an old, over-grown garden. The house with the garden had long been abandoned. I could make out the contours of the framework that once controlled this refined piece of garden culture. The encounter with the overgrown garden left me in the same mood you can get into when looking at time-worn photos of unknown people long since departed. This strange mood was the initial inspiration for my violin concerto.”

One of the most evocative works by Grieg, here in the magic orchestration for horn, oboe and strings. The oboe sings the melody solo, and then the melody is given harmonies in the following touching setting for strings.