If Luck Be a Lady, Her Name Might Be Megan Hilty 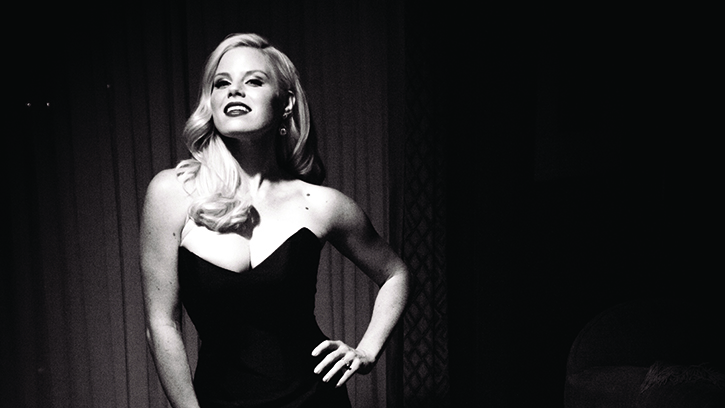 The Bellevue-born star returns to her hometown this January to perform at Benaroya Hall. “It’s always an honor to be able to perform in my hometown, but it’s an even greater privilege to get to sing with the incredible musicians of the Seattle Symphony,” says Hilty. “I also get to perform with my friend, the great maestro Steven Reineke, so this will undoubtedly be a weekend I’ll never forget!”

Hilty, who rose to fame as Glinda the Good Witch in the Broadway hit Wicked, later starred in the musical-drama series Smash on NBC. These days she splits her time between Los Angeles and New York, acting and singing. So how did she get her start?

“My first voice teacher, Merry Kimball, was the one who steered me in the classical direction and developed my love and appreciation for opera,” says Hilty. “But I honestly don’t remember ever thinking that I would do anything other than pursue a career in the arts. It wasn’t ever a question of if I would do it, but how I would make it happen.”

She attended Sammamish High School before transferring to the Washington Academy of Performing Arts in Redmond. “My love for musical theatre was fostered by the Bellevue Youth Theatre,” says Hilty. “I spent most of my summers there growing up.” After high school, she attended Carnegie Mellon University. She auditioned for Wicked during her senior year and moved to New York after graduation to make her Broadway debut. Hilty says her advice to young musicians is to “do everything you can — onstage and off — and be nice to everyone!”

Since her Broadway debut, Hilty has appeared on Bravo, CBS, NBC and has recorded voice parts for Disney. This May she released a live album of songs from her recent concert tour, entitled Megan Hilty Live at the Café Carlyle. Her next great adventure? “I just bought my first house in Los Angeles and we are expecting our second child in March,” says Hilty. She plans to spend time at home with her husband, actor Brian Gallagher, and their daughter, Viola, before diving back into her music and acting.

Fittingly, her last performance before taking a break will be in her hometown. This January she performs music made popular by Sinatra and others including “The Best is Yet to Come,” “New York, New York,” “Autumn Leaves,” “Mack the Knife” and many more. “I hope audiences take pride in knowing that their city is one that supports the arts in a way that profoundly impacts its youth,” says Hilty. “That support can inspire careers that lead to Broadway and beyond.”

Don’t miss Megan Hilty and conductor Steven Reineke when they join the Seattle Symphony for a fabulous evening of music on January 13–15.