Norm Hollingshead: I am so excited! 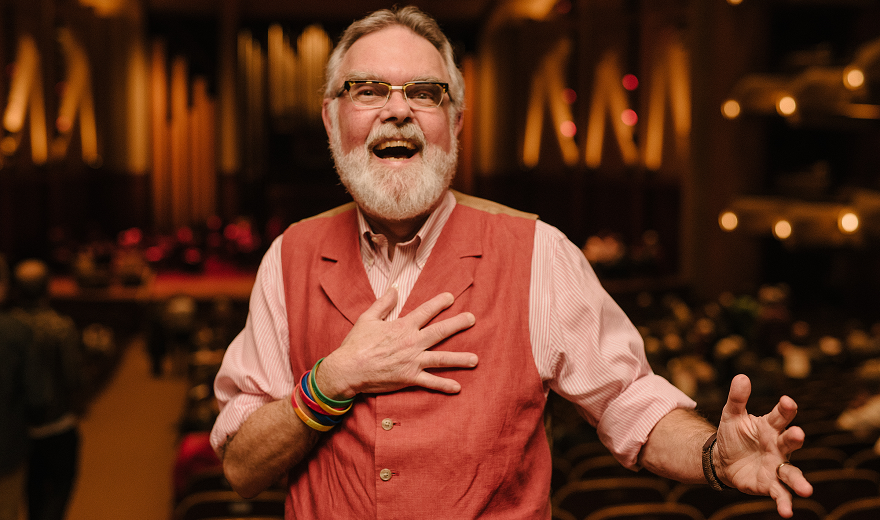 In the June Encore concert program, Seattle Symphony subscriber and donor Norm Hollingshead shares why he is so excited about the Symphony.

I attended my first Seattle Symphony concert in 1967 when I was in graduate school at the University of Washington. I enjoyed the concert but seldom attended the Symphony for many years thereafter because I was a middle-school teacher raising two kids and money was scarce. After the orchestra moved to Benaroya Hall I began to attend more frequently, even becoming a subscriber to the Distinguished Artists series. 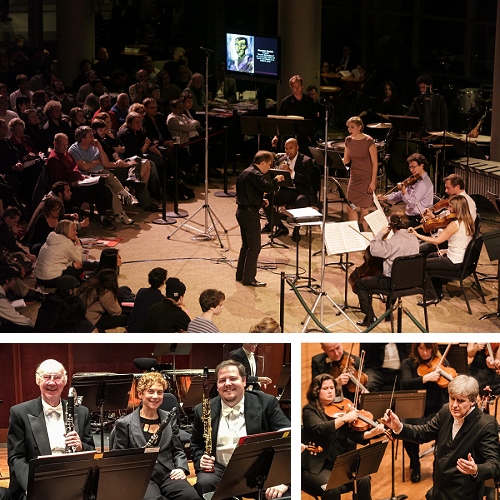 When Maestro Ludovic Morlot arrived, I was excited by some of his innovations and subscribed to his [untitled] series of late-night concerts of contemporary music held in the Grand Lobby of Benaroya Hall. The first concert was in October of 2012, and I didn’t know what to expect. I’d never even heard of any of the composers.

The show started at 10pm with three different performance areas, and you could sit anywhere you wanted. People filled the tiers overlooking the lobby, gathered along the railing of the promenade, even sat on the floor. I took a chair and sat next to Seattle Symphony timpanist Michael Crusoe, one of my all-time Symphony idols. For lots of reasons this became the most exciting evening I’d ever had at the Seattle Symphony.

When I got home, after midnight, I couldn’t sleep. I was so excited by the music, the setting, the whole concept of [untitled]. The next week I couldn’t stop thinking about my experience, so I sent Maestro Morlot a check for $100 thanking him and the Symphony for [untitled].

Since then, I have sent $100 to the Symphony whenever I have been especially moved, as I was by Britten’s “War Requiem” at the end of the 2012–2013 season; or excited, as I was by the Symphony’s recent performance of Sibelius’ Violin Concerto.

In addition, I have sent donations for non-musical moments when I have been touched, such as Laura DeLuca’s moving farewell speech to retiring clarinetist Larey McDaniel.

If you are reading this, I urge you to do the same. Every time you are excited, touched, moved or inspired by a Seattle Symphony performance, send the Symphony a check for $100 and a note telling them why you are donating. This act will make you feel good and the Symphony will love you for it.

Thank you, Norm, and thank you to every member of the Seattle Symphony donor family.

At any given performance, Benaroya Hall is filled with concertgoers of every age, some attending for the first time, and others who have attended for a lifetime. Your gifts, large and small, make everything we do possible.

Join Norm and show your support today by making a gift in honor of your favorite Seattle Symphony moments.