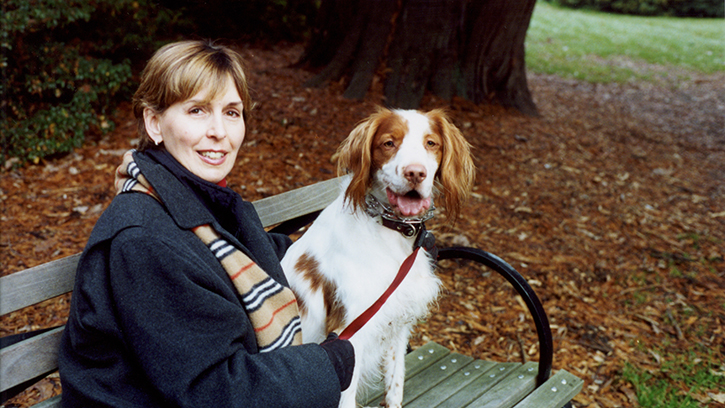 Kjristine Lund found solace at the Seattle Symphony and in her piano music while receiving breast cancer treatment from the Seattle Cancer Care Alliance.

“The range of emotions that washed over me after I received my breast cancer diagnosis is hard to even describe,” recalls Kjristine Lund. “What I was really struck by in the end, though, was that I had so much more that I wanted to contribute. I felt like my work wasn’t done yet.”

Lund was diagnosed with Stage II breast cancer in August 2002. After receiving her diagnosis, she says she felt angry and confused. “You suddenly feel like you're on the other side of the ledger, and it's as if everything has been taken away from you,” says Lund. “You're trying to find some normalcy, or something that's going to make you feel like you're not a sick person, or you're not a patient.”

In her fight against breast cancer, Lund says she relied upon a combination of scientific and medical expertise from the Seattle Cancer Care Alliance and the musical community she found at the Seattle Symphony to heal and sustain her body and spirit.

Lund recalls growing up around music. Her grandfather was a trombone player and her mother was a pianist. She started piano lessons by age four. “When I was a real little tyke I wanted to learn the piano because it was intriguing. I thought of it like a zebra,” says Lund. “I was always trying to figure out how make a sound like my mother could.”

She continued her piano studies “until I could rebel,” laughs Lund. She quit piano at the end of high school, but picked it up again when she moved to Seattle in the early 1970s. “I went out and bought a used piano with my very first paycheck,” says Lund. “I decided that I would switch from classical to jazz, thinking that would be my own, independent streak of music.”

She says she started practicing less and less as the demands of her career increased, but she found her way back to the piano when she turned 40. “It was just this wonderful rediscovery, with a passion, and a passion of going back to the classical music,” says Lund. It was around this time that she also began attending concerts at the Seattle Symphony. “My gateway drug was piano, which got me back into the hall, which got me back in the overall experience, and then starting to rediscover orchestral music,” says Lund.

As her love for classical music was blossoming, however, the foundations of her life were shaken after receiving her cancer diagnosis.

Finding a Place to Heal

One of the challenges breast cancer patients face immediately after receiving their diagnosis is choosing a primary care provider. “I wanted to find a place that really had top drawer talent, excellence, reputation, who was at the top of their game and who understood what the best practices were,” says Lund. She ultimately chose to continue her treatment with the Seattle Cancer Care Alliance. “One of the things that was so important to me — and I don't want this to sound like it's diminishing the aspect of the excellence of the medical care — but in addition to that, the other thing that was so important to me was their commitment to art,” says Lund.

The treatment process begins with a team meeting to discuss strategy — a daunting meeting when your life is on the table. Yet Lund doesn’t remember it with fear. “They assemble this team to talk with you about your treatment,” says Lund. “It was so remarkable that [the staff] wanted to know what was important to me.”

She says lead surgeon for her mastectomy, Ben Anderson, was concerned with how the operation would impact her mobility. “I have this beautiful Steinway grand piano I have to be able to play it,” says Lund. “He walked me through the trade-offs and how they could adapt the surgical technique so I could still play.”

The Power of Music

Throughout the treatment process, Lund says she was drawn to music as a place of refuge and solace. During her treatment, however, she lost the ability to read music as a side effect of the chemotherapy. “I just could not read a score anymore and it was very scary,” recalls Lund. She says she began to seek out recordings and concerts as a way to find solace and escape the discomfort of chemotherapy.

“There's something about being at a live performance and experiencing that together with other people that is so hard to explain,” says Lund. “When you've heard a Mahler symphony and just had this transformative moment, and then you walk out with other bodies whose hearts are beating, who have experienced the same thing, there's something about that that makes you feel a part of the world, that we're not isolated beings.”

As she finished treatment, she says she began to play piano again. “The only musician who I could play was Bach, and so I kind of always view Bach as, I call it, ‘Vitamin-C.’ There's something about the way his music is structured that really helped me get on my feet again.”