Play It Forward: Mentoring the Next Generation

Ripples of flutes and waves of drum rolls surge through the halls of Garfield High School. The orchestra class is practicing Claude Debussy’s La mer in preparation for their spring 2016 Side-by-Side performance at Benaroya Hall alongside the Seattle Symphony. Over a decade old, it is one of numerous mentoring programs inspiring the next generation.

“If I could keep only one of my senses, it would be hearing so I could listen to music forever,” says Eli Breidford, Garfield senior. “Everyone from any background has something they can bring to music. There are so many stories to tell and experiences to share.”

Breidford is one of 78 students in Garfield’s orchestra. A trumpet player since fourth grade, he participated in the 2014 Side-by-Side. The experience also includes high school visits by Symphony musicians who provide instrument-specific mentoring. For the 2015–2016 season, the five Side-by-Sides also include Roosevelt High School, Cascade Youth Symphony Orchestra, West Seattle Community Orchestra and the University of Washington (UW). 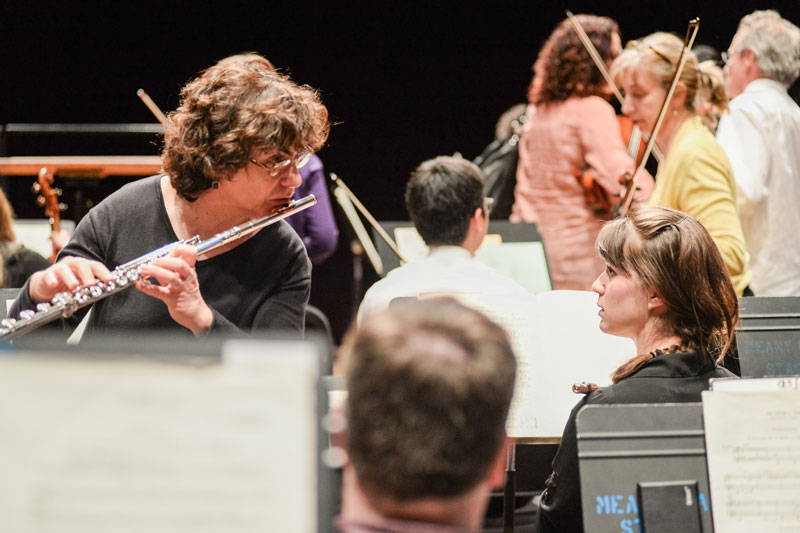 “There is a real wow factor to the synergy of these professionals working with the students,” says Marcus Tsutakawa, orchestra conductor and chair of the performing arts department at Garfield High School.

Tsutakawa considers La mer as a challenging piece for high schoolers, but his students are motivated to learn. Symphony musicians provide specific tips for technique, encouragement to practice and bonding over shared enthusiasms.

“It’s an instant and permanent connection they have to the Seattle Symphony,” Tsutakawa says. “They’ll remember the experience forever and always take more interest in classical music whether it’s as listeners, musicians or future patrons.”

Mentoring offerings are funded by the Symphony with additional support from the City of Seattle’s Office of Arts & Culture, King County’s 4Culture and generous support from donors. 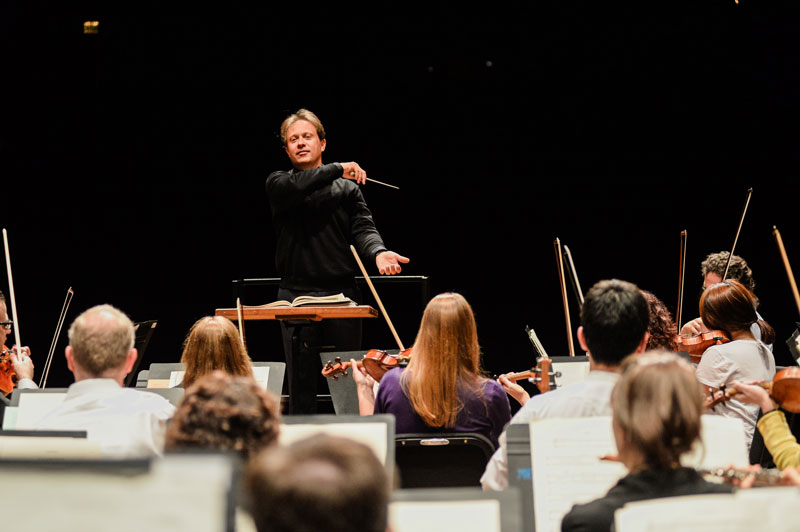 For those focused on performing, the Young Artists Auditions is an opportunity to receive coaching and feedback regarding the audition experience. Youngsters range from elementary age to high school and a handful are selected to perform a part in the Seattle Symphony’s programming. Some receive further mentoring by Ludovic Morlot, Seattle Symphony Music Director.

“Mentorship is something the world should embrace. It’s something that is due to every soul on this planet. What can we commonly create together?” Morlot says.

Morlot credits much of his artistic development to the diversity of mentorship he received. He now plays it forward by being an accessible role model to the next generation. He is the chair of orchestral conducting at the UW and works closely with individual students.

“You’re working with someone who’s such a professional, but he comes to your level and reminds you that the whole purpose for all of us is to make great music,” says Abbie Naze, first-year UW graduate student in orchestral conducting.

Per Morlot’s instruction, Naze found herself conducting the first movement of Beethoven’s Symphony No. 5 with only her eyes. With hands firmly at her sides, she led 60 of her peers in an epiphanic moment.

“It makes you feel vulnerable. That was his point — express the emotion and feeling of the music with just my being and soul. Be the music,” Naze says. “That one-on-one experience with him encouraged me to push a little further and do more than I thought I could ever express.”

The benefits to students are clear, but it is also a rewarding endeavor for symphony musicians and strengthens the organization.

“It’s like facing a mirror. It makes me return to the fundamentals, too,” Morlot says. “If I tell a student to start Beethoven’s Fifth Symphony with her hands in her pockets, can I do it myself? I become my own student.”

For some, the road from student to Seattle Symphony is full circle. Jonathan Karschney participated in three Side-by-Side performances as a Garfield High School student. He’s now Assistant Principal Horn with the Seattle Symphony, playing alongside musicians he admired as a teenager. He has since mentored students at his alma mater.

“For me, music is about bringing joy to others and the emotions it evokes. I like to bring that to people,” Karschney says. “Playing music needs to be fun and I try to keep it that way when working with students. It’s hard work, too, but the rewards are great.”

As a student, violinist Mae Lin played a solo with the Seattle Symphony as the winner of the Seattle Youth Symphony Orchestra’s (SYSO) Concerto Competition. Now a member of the Symphony’s first violin section, she still remembers the awe-inspiring experience of playing Benaroya Hall for the first time. It’s invigorating to witness that in the next generation.

“It’s important to reduce any perceived barriers that might make people not normally attend a concert or listen to classical music. By going out and making the effort to engage different communities, we’re doing a great service to music,” Lin says.

Deanna Duff is an award-winning freelance writer, supporter of the arts and lifelong Seattle Symphony enthusiast.

Thank you to generous sponsors and supporters of the Seattle Symphony, whose gifts help fund each program included in this article.

To support mentorship and student development, click here to make a gift online or call Donor Relations at 206.215.4832.

Every gift makes a difference!