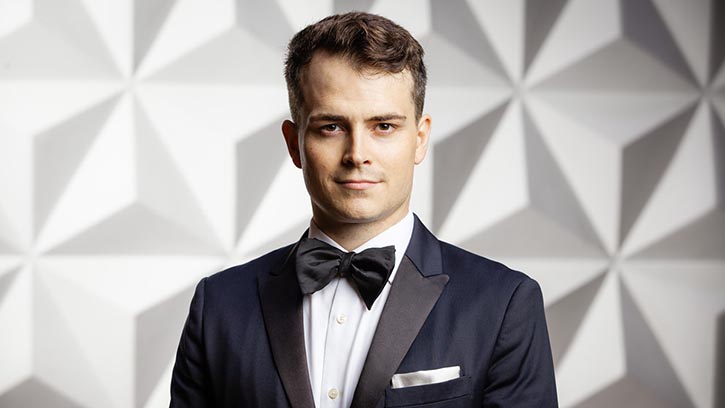 King FM’s Dave Beck takes you backstage with Lee Mills for a glimpse into the busy life of an Associate Conductor, where any moment could turn into a major debut.

“Be Prepared” is not only a motto in the world of scouting, but it’s good advice for those who work as Associate Conductors of professional symphony orchestras. Lee Mills holds that position with the Seattle Symphony. When the orchestra’s music director, Thomas Dausgaard, was unable to conduct the season-opening dress rehearsal due to illness, Lee stepped in to lead the rehearsal at the last minute.

Lee grew up in the small city of Belgrade, Montana and began to pursuit music seriously after his physics studies didn’t quite work out how he had hoped. Lee Mills path as a conductor has taken him to Rio De Janeiro, Brazil where he’s served for the past 5 years as resident conductor of the Brazilian Symphony Orchestra.

Listen now on Apple Podcasts, Spotify, or wherever you get your podcasts.