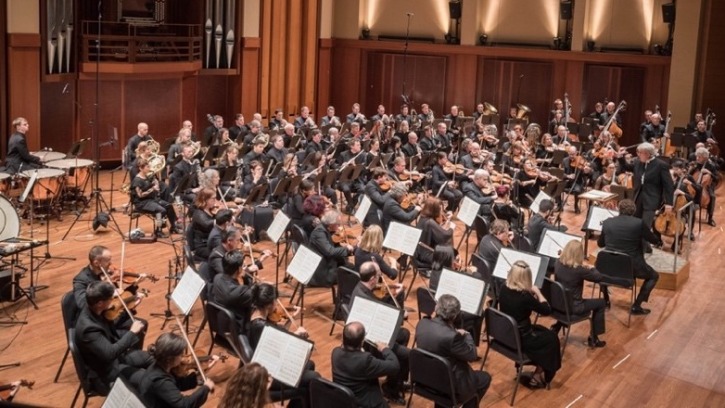 Yesterday, the Seattle Symphony and Seattle Symphony & Opera Players’ Organization reached a new agreement that enables musicians to maintain employment status while the orchestra is not performing. The Seattle Symphony previously announced all performances are either canceled or postponed through May 31, 2020 in an effort to reduce the spread of the coronavirus (COVID-19).

On April 13, 2020, the Seattle Symphony received funding for a loan under the Paycheck Protection Program (PPP), a government stimulus program, enabling full-time staff and musicians to maintain employment status with the organization. Effective April 13, the program duration is eight weeks and will conclude on June 7, 2020. The organization is awaiting clarification on guidelines from the SBA which will determine how much of the loan will be forgivable.

Prior to the PPP approval, several measures were put into effect from April 1 through April 13 to provide immediate financial relief for the organization to mitigate losses during the closure, including staffing modifications and salary adjustments for administrators whose roles support revenue-generating opportunities and aren’t directly related to event logistics. The musicians remained on payroll during this time without any alterations, and the parties had previously negotiated an agreement that included the musicians being on standby from April 13 through June 1. There have been no changes to healthcare benefits for anyone employed by the Seattle Symphony.

Effective April 13 through June 7, 2020 under this new program, the musicians and all full-time staff will be employed with reinstatement of full wages limited by the PPP’s salary cap. In the new agreement, the Seattle Symphony musicians, who are jointly employed by the Seattle Symphony and Seattle Opera, will receive the equivalent of the Symphony’s share of base scale.

“I am extremely happy that we found a way to keep our musicians and full-time staff employed,” shared Krishna Thiagarajan, President & CEO of the Seattle Symphony. “It is even more important that everyone is healthy and stays healthy. We will continue exploring all the options with the musicians and Thomas Dausgaard towards a return of live concerts as soon as it is safe to do so.”

“The musicians had expected to be applying for unemployment benefits on Monday as we had conceded seven weeks of salary in a previously negotiated agreement,” commented Alexander White, Seattle Symphony & Opera Players’ Organization Chair and Associate Principal Trumpet for the Seattle Symphony. “We were so pleased to learn that PPP funding had been secured by the management team. Together, the management and the union were able to negotiate our musicians' financial security during a time without performances while sustaining the health of the organization. We all regret that we are unable to produce live music for our community, but the musicians promise to continue creating and releasing content digitally, bringing you all the healing that our music can provide.”

The first rebroadcasts of Mahler’s Symphony No. 1 on March 12 and 14 reached over 130,000 people around the world. Of these streamed concerts, The New York Times Magazine stated, “The performance felt symbolic: a declaration that connection and solidarity and collective beauty would continue, that we could still gather together even as we stayed apart.”

In response to requests from families and retirement communities, the Seattle Symphony expanded its online broadcast offerings to include matinee performances on Sundays and a new “Meet the Instruments” and “Tiny Clips for Tiny Tots” program for children and families.

To date, total viewership for these streamed concerts is over 315,000 people from across the United States and around the world. Additional programming will be shared in the coming days. For more details, visit seattlesymphony.org/live.

To immediately address the challenges the organization faces during the closure, the Symphony has launched the Future Fund initiative to raise $10 million. This special fundraising effort will provide the Symphony with critical operating support to continue basic operating functions while the orchestra is not performing at Benaroya Hall and ensure funds for the reopening. Board member Stephen Whyte generously launched the effort with a $1 million match and as of April 15, the match had been met by community support. The Symphony continues to explore all options of public and private support for relief during this crisis, including the Payroll Protection Program funds.