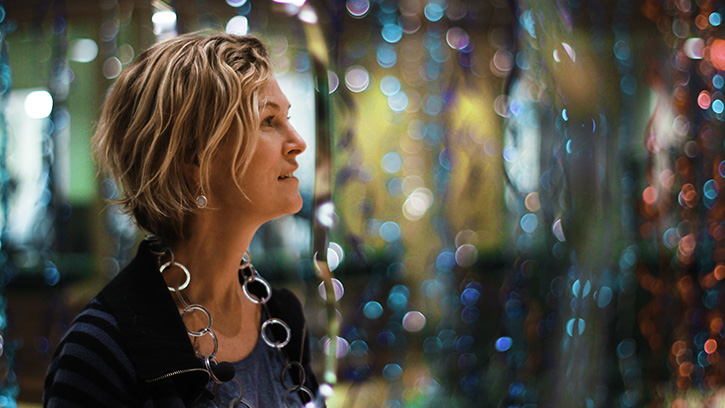 With a large symphony orchestra, 21 characters and multiple choruses, Ravel’s L'enfant et les sortileges ingeniously weaves together everything from Monteverdi to Wagner and Italian operetta to American jazz to vividly portray its unusual cast of characters.

Featuring wailing cats, a foxtrotting teapot, a chorus of numbers and more, the libretto, written by French novelist Colette, tells the story of a naughty child whose toys and animals come to life.

“Ravel invites us to become all those wonderful characters, and to revisit our childhoods,” says Music Director Ludovic Morlot. “The music gives us all an opportunity to enter the fantasy world created by Colette.”

Morlot is collaborating with New York-based set designer Anne Patterson to create the staging for an ambitious production of Ravel’s opera for the Seattle Symphony on June 1 and 3.

The head sculptures, worn by the vocalists, are created by transforming simple sheets of white paper into dynamic silhouettes that represent each character. Patterson says she was inspired by the prominence of paper in the first half of the opera.

“A lot of the imagery that comes alive is from a book the boy is reading,” says Patterson. “Later, when the wallpaper comes to life, I was thinking of toile wallpaper in France. It is usually black and white and filled with scenery and images of people and animals.”

The projection mapping also draws inspiration from paper, in this case Indonesian shadow puppets, which are crafted from elaborately cut paper. The projection design, by Adam Larsen, will incorporate elements from Patterson’s head sculptures. The animated images will be projected onto a shimmering forest of paper ribbons hanging over the orchestra.

“The vocalists will move around the Hall and even among the orchestra, who will be visible onstage, unlike a traditional opera staging,” says Patterson. The audience — and the orchestra — will be drawn into Colette’s merging of fantasy and reality as the opera unfolds around them.

“We want to welcome you all to the world of Colette and Ravel — a world of fantasy and poetry that invites us all to connect with the emotions and memories of our childhoods,” says Morlot. “Ravel’s music is a beautiful blend of sophistication and wonder, and Anne’s staging will enhance this fantastic score.”