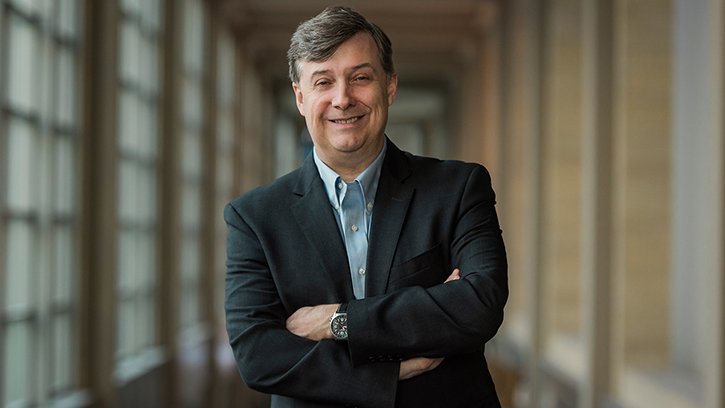 Seattle Symphony President & CEO Simon Woods will depart in January 2018 to become the CEO of the Los Angeles Philharmonic.

President & CEO Simon Woods, who has led the Seattle Symphony since 2011, announced today that he will leave in January to become the Chief Executive Officer of the Los Angeles Philharmonic.

“After seven years of inspiration and friendship, the decision to leave the Seattle Symphony was extraordinarily difficult,” commented Woods. “But it’s tempered by the great sense of certainty I feel about the Symphony’s resilience and strength for the future.”

A hallmark of Woods’ leadership has been his building of a collaborative, empowered organizational culture that has been a crucial driver of the Seattle Symphony’s artistic, financial and reputational success. A search committee will be formed to launch an international search for Woods’ successor.

“I’m extremely proud of Simon’s leadership and all that we accomplished together in the past seven years for the Seattle Symphony and for the community we serve,” remarked Chihuly. “Although we’ll miss him greatly, our organization is incredibly strong and very well-positioned to find a top CEO who will partner with our Music Director Ludovic Morlot and, in fall 2019, with our incoming Music Director Thomas Dausgaard.”

Woods was appointed in November 2010 and began full-time in May 2011. His position was endowed as President & CEO, Leslie Jackson Chihuly Chair in 2015. His last day with the Seattle Symphony will be January 19, 2018.

“This is an organization that knows what it stands for, knows where it’s headed and knows how to get there,” remarked Woods. “It’s an amazing group of smart, talented, creative, collaborative and dedicated people, both on stage and off, and I have no doubt whatsoever that the Seattle Symphony’s finest days still lie ahead.”