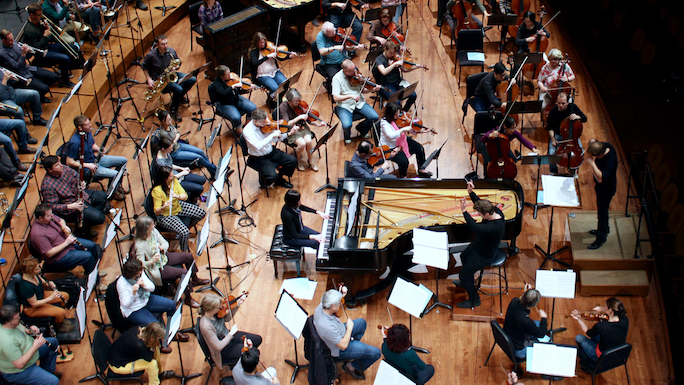 This fall we welcome two more musicians to the orchestra. Joining us this season are Jeffrey Barker, Associate Principal Flute and Jonathan Karschney, Assistant Principal Horn. Both Barker and Karschney are Seattle natives and their appointments begin immediately.

New Associate Principal Flute Jeffrey Barker previously played as Principal Flute of the Boise Philharmonic since 2009. He has also performed with top orchestras around the country, including the Detroit Symphony Orchestra, the Pittsburgh Symphony Orchestra and as guest Principal Flute of the Oregon Symphony. Barker received his Bachelor of Music degree from the Eastman School of Music under the instruction of Bonita Boyd, and his Master of Music degree from Carnegie Mellon University, where his teachers were Jeanne Baxtresser and Alberto Almarza.

Jonathan Karschney continues with the Seattle Symphony as Assistant Principal Horn, a position he has held on temporary contract from 2010–2015. Prior to joining the Symphony in 2010, Karschney was a freelance horn player in New York City. He was a substitute player with the New York Philharmonic, was a frequent performer in Broadway pits and served as Principal Horn with Radio City. In addition, he was also guest Principal Horn of the Huntsville Symphony Orchestra. Karschney received his Bachelor of Music degree from Manhattan School of Music while studying with the Metropolitan Opera Orchestra Principal Horn, Erik Ralske. As a Seattle native, Karschney attended Garfield High School and was a member of the Seattle Youth Symphony Orchestra.