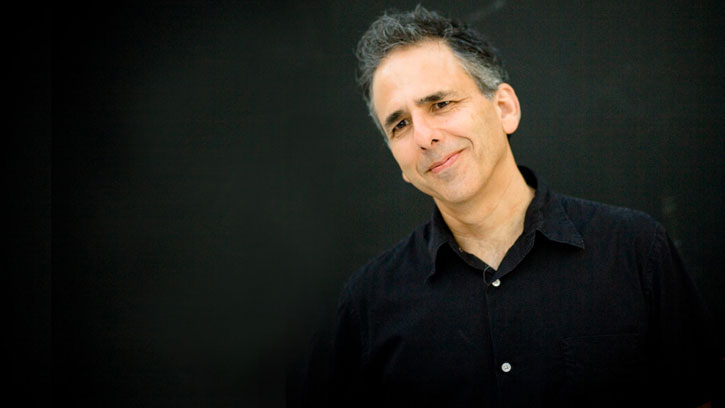 Perched on the edge of Puget Sound, cornered between mountains and water, Seattle inspires artists to examine our relationship with the ocean.

Indie filmmaker Bill Morrison, known for his riveting collages of archaic footage, joins forces with composer Michael Gordon to present a new collaboration, The Unchanging Sea, at the Seattle Symphony’s cross-genre collaboration, Sonic Evolution: This is Indie! at Benaroya Hall on Friday, May 13, 2016.

Co-commissioned by the Rotterdam Philharmonic Orchestra and co-presented with the Seattle International Film Festival (SIFF), this is Gordon and Morrison's fourteenth collaboration and fifth work for orchestra over the course of nearly two decades. Starting with Decasia in 2001, they developed a style that combined Morrison’s artful manipulations of old, deteriorating film reels with Gordon’s haunting, hypnotic music.

In their latest collaboration, Morrison uses archival footage from Seattle's history as a backdrop for Gordon's electrified concerto for virtuoso pianist and multimedia artist Tomoko Mukaiyama.

“There is a great majesty in Michael’s work. It is enormously forceful. And while it is unmistakably contemporary music, there is a timeless quality to it. It perseveres,” said Morrison. “I believe that this quality may relate to, and enhance, the old decaying footage I employ.”

The Unchanging Sea takes its title and visual source material from a short film of the same name from 1910 by D.W. Griffith. Morrison’s film includes footage shot in Seattle in 1897, when the S.S. Willamette sailed out of Puget Sound loaded with 800 passengers and 300 horses headed for the Klondike, at the height of the Gold Rush.

You can watch an interview with Michael Gordon and Bill Morrison, below:

“Regardless of how the oceans have changed over millions of years, our relationship to the sea has very much remained the same,” said Gordon. “I tried to make an environment that is very ocean-like, transferring the sound of the waves and the rhythm of the waves to the piano and to the rest of the orchestra — slowly rolling, slowly increasing; the winds come in, the brass comes in, then the strings, and the whole orchestra builds up, but always in waves, always swelling and dying away.”

The program also features music by the Brooklyn-based composer William Brittelle and Seattle artists Fly Moon Royalty, who will perform their unique mix of blues, hip-hop and electronica with new orchestral backdrops.

Don’t miss The Unchanging Sea at Sonic Evolution on Friday, May 13 — reserve your tickets now.