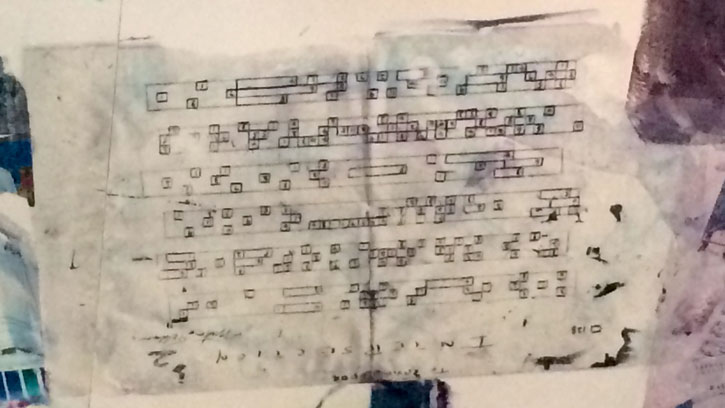 Every year, thousands of people pass through the doors of Benaroya Hall to hear music ranging from from Mozart to Mad Season and Dutilleux to Devotchka. Before entering the hall, however, they pass under a giant, 45-foot-long and 12-foot-high mural created by the American painter and graphic artist, Robert Rauschenberg.

A master of diversity, Rauschenberg is best known for his unique style of incorporating paintings with various objects, which he called "combines." This interplay of activity in different media is at the core of Rauschenberg's work, which has been marked throughout his career by a sense of experiment and play.

Commissioned by longtime Seattle arts patrons Virginia and Bagley Wright, Rauschenberg’s mural in the Benaroya Hall lobby, entitled "Echo," is a symphony of images that call and respond to each another, from trumpets, musical scores and violins to palm fronds whipped by the wind, soaring gothic cathedrals, and bicycles.

Among the scores included in the mural is one by Morton Feldman, entitled Intersection No. 2, which we’ll hear on this weekends program. Feldman was introduced to Rauschenberg by John Cage, whose music also appears in Rauschenberg’s mural.

This weekend’s [untitled] is presented in honor of Robert Rauschenberg and his influence across art forms. We’ll hear the music frozen in his mural come to life as we explore work by composers Earle Brown, John Cage, Morton Feldman, and Christian Wolff. Each composer responded to Rauschenberg if different ways.